ANZEIGE By The Creek Weekender 2023


COLDPLAY have given NME.COM the world exclusive first listen to their third album – and CHRIS MARTIN has said making it has been one of the most difficult experiences of his life.

NME was the first publication in the world to hear songs set for the follow-up to 2002's ‘A Rush Of Blood To The Head’ when we were invited to their studio in west London. The group were still putting the finishing touches to the currently untitled record, which is due in spring.

The band say the pressure to top ‘A Rush Of Blood To The Head’ has at times crippled their creativity. Early sessions with long time producer Ken Nelson were scrapped and the band went back into rehearsals as a four-piece band before attempting the album for a second time with new producer Danton Supple.

Chris Martin told NME.COM: "Writing is what we’ve been doing all day, every day. It’s been quite turbulent. We’ve been through a lot of songs and a lot of sounds, a lot of studios. It took us a long time to realise the four of us should go into a rehearsal room again and play together rather than rely on technological assistance."

NME.COM heard six tracks – ‘Square One’, ‘Talk’, ‘‘Till Kingdom Come’, ‘X&Y’, ‘What If’ and ‘The Hardest Part’. The material shows a huge progression from the classic Coldplay sound, mixing their trademark anthems with ’70s electronica. David Bowie, Bob Dylan and Brian Eno are all influences, while ‘Talk’ features the riff from Kraftwerk’s ‘Computer Love’.

Live plans will be announced once the album is completed. The full, world exclusive interview plus brand new pictures are only published in this week’s issue of NME, which is out now nationwide.

Square One
Probable first single, Built around a subtle electronic drum beat reminiscent of Brian Eno or Berlin-period Bowie, the song builds into a huge chorus featuring massive guitars and organ. Like Radiohead's 'Paranoid Android' it's perplexing on the first listen and appears to go off on different tangents, but after a fewe spins it sounds like their most ambitious - and possibly best song yet

What If
Starting with a simples piano a fragile-sounding Chris sings, "What if you decide/You don't want me there by your side....In your life". Realising that he can't completely control everything in life, he concludes, "Every step you take could be your biggest mistake.../But thats's the risk you take". This albums 'The Scientist'

Talk
Another future single, 'Talk' take the riff from electronic music legends Kraftwerk's 'Computer Love', and builds a completely new song. It keeps the mechanical beat of the original but adds a huge guitar and dancefloor-filling bassline. Stadiums wont be big enough to contain it.

'Till Kingdom Come
This was writting for Johnny Cash but he died before he could record it. Coldplay's version is a sweet Dylan-esque folk song on acoustic guitar. "For you i'd wait until Kingdom come/Until my days, my days are done" Chris vows.

X&Y
The title was first revealed in NME last year. The dreamy synth-heavy song features the chorus, "You and me are floating on a tidal wave together/You and me are drifting into outer space". Beatles-style strings suddenly appear towards the end, and the anthemic singalong "woo-hoo-hoo" outro is set to become the sound of next summers festivals

The Hardest Part
A classic Coldplay love song about loss and heartbreak. in which Chris sings, "The hardest part was letting go, not taking part". 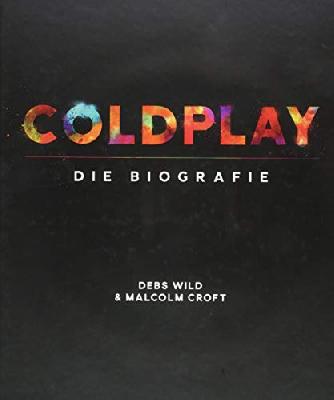