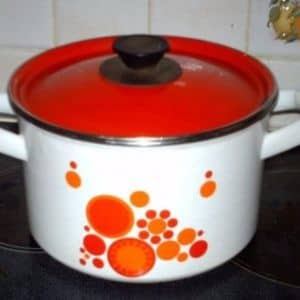 Launch Radio Networks is reporting that BLACK SABBATH will be back in action this summer. Singer-bassist Glenn Hughes, who's finishing up a new album with SABBATH guitarist Tony Iommi, said that Ozzy Osbourne and company will hit both Europe and North America this year, and that he might also be on the bill. "They are doing the, the festival run in Europe, and I believe — if I'm not shooting my foot off here — that they will be playing Ozzfest," he said. "And there's a rumor that Tony and I will be, with our new project, on that same bill, but I can't say that's gonna happen — but you never know."

Other groups slated to play this year's Roskilde Festival include GREEN DAY and AUDIOSLAVE.

Osbourne is preparing for the March 22 release of "Prince of Darkness", a four-CD box set of material from throughout his career, as well as some newly recorded cover songs.

Besides the project with Iommi, which should be out this summer, Hughes has a solo album called "Soul Mover" that's due next month. It features RED HOT CHILI PEPPERS drummer Chad Smith and ex-JANE'S ADDICTION guitarist Dave Navarro.

OZZY OSBOURNE's official web site has confirmed reports that this year's installment of England's Download Festival will include an Ozzfest day on Saturday, June 11, with Ozzy (and presumably Sharon) selecting the groups who will perform. Names in the rumor mill for Ozzfest day include VELVET REVOLVER, MÖTLEY CRÜE, MARILYN MANSON, GREEN DAY, and BLACK SABBATH.

SYSTEM OF A DOWN looks set to play the Sunday (June 12) portion of the show, along with other still-to-be-named hard rock and metal acts.

This year's Download Festival is likely to be expanded to a three-day event (June 10-12). The 2005 Download Festival will once again take place at Donington Park, Derbyshire, England, which can hold 60,000 concertgoers. Last year's event featured METALLICA, SLIPKNOT and SLAYER.

In what appears to have all the makings of a European summer tour, the original BLACK SABBATH — Ozzy Osbourne, Tony Iommi, Geezer Butler and Bill Ward — have been confirmed to appear at Wiener Stadthalle in Vienna, Austria on June 20. Support at the show will come from VELVET REVOLVER. Tickets go on sale on February 2.

BLACK SABBATH have already signed on to play Denmark's Roskilde Festival, one of the largest annual music events in Europe. Roskilde, in its 34th year, will take place June 30 through July 3. Last year's festival drew 75,000 fans to hear 150 bands performing on six stages.