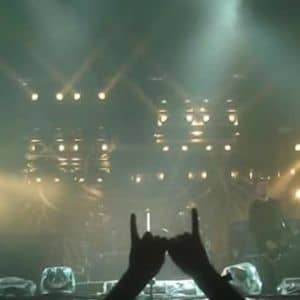 Danny & Justin had another chat with Aussie radio station Triple J the other day, and had the following to say about the upcoming Tool album:

Chatting with Rosie on triple j, band mates Danny Carey and Justin Chancellor were typically cagey when it came to Tool’s first planned release in 5 years.

However, Carey did admit that while they hope to have the record out by the end of the year, they are still yet to decide on a name.

“That’s usually the last thing that happens and we argue about that while we’re making the final master of the record. We don’t even have names for the songs until then.”

# As of the time of the interview 4 songs are in the works, which Danny expects is about half the album. Danny seems keen to write shorter and more to the point songs this time round, but things seem to have a habit of growing! So far the songs seem to be heading along the path set by Jambi.

# Maynard is expecting to spend some time with Tool before the APC shows and has expressed a desire to be more involved in the writing this time round, as Danny suggested that Maynard found some of the complex rhythms of the last album hard to write for.

# There will be no further tours until the album is released, which all things going well they hope if 2011. The plan is to be in the studio by the end of the US summer.

# They are leaning towards using Joe Baressi for the album, but haven’t ruled out using David Bottrill. Depends on how the remaining song writing pans out.

# Danny’s really keen on getting a Live DVD out, using the footage recorded on previous tours (he talks specifically about the 6 pro-shot shows). As far as he knows the others in the band are keen, but it is a lengthy process editing the footage. Seemed pretty sure it would see the light of day eventually.

# Danny’s really keen on getting a Live DVD out, using the footage recorded on previous tours (he talks specifically about the 6 pro-shot shows).

"I’m hoping we’ll get in the studio by June or July and start tracking. That’s the plan anyway,"

"The tracking part I’d say [takes] two to three months then probably a month to mix and master and that’s it."